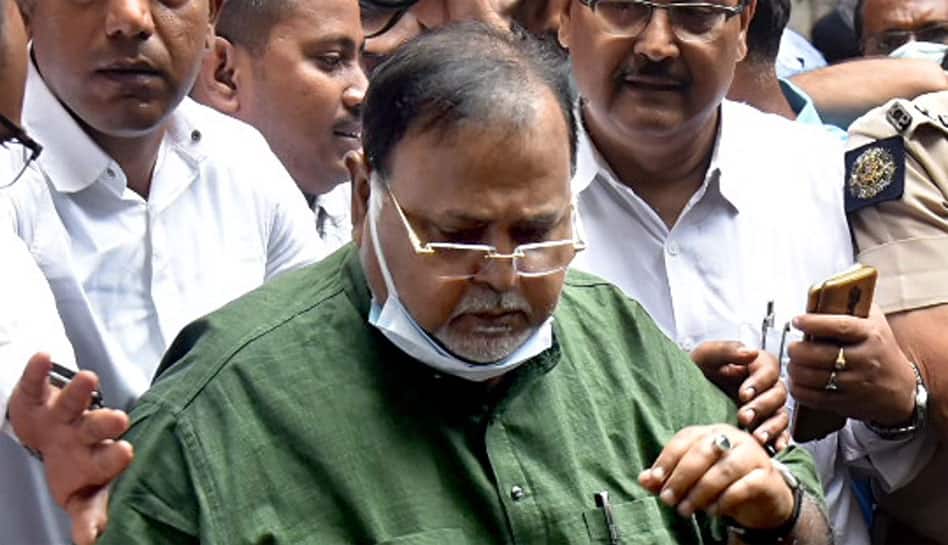 
Kolkata: A special court here on Wednesday rejected the bail prayer of arrested former West Bengal minister Partha Chatterjee and sent him to judicial remand for a further two weeks till September 28 on a prayer by the Enforcement Directorate (ED), which is probing the alleged money trail in the SSC appointments scam.

The Prevention of Money Laundering Act (PMLA) special court also extended the judicial remand of Chatterjee’s alleged close associate Arpita Mukherjee for 14 days. Judge Bidyut Baran Roy granted permission to the ED to question the two accused in the correctional homes they are lodged in and to record their statements.

Opposing the bail prayer, ED counsel Phiroze Edulji claimed before the court that around Rs 100 crore have so far been recovered in cash and assets of Mukherjee. Chatterjee was produced before the court through the virtual mode from Presidency correctional home, while his lawyers were present before the judge physically.

Chatterjee’s bail petitions had been rejected by the court on earlier occasions too but Mukherjee has not made any prayers for bail so far. The court directed that the two accused be produced before on September 28 through virtual mode.

They were arrested by the ED on July 23 in connection with its probe into the money trail in alleged illegal appointments of teaching and non-teaching staff in West Bengal government-sponsored and aided schools.

The ED has claimed to have recovered Rs 49.80 crore in cash, jewellery, gold bars from flats owned by Mukherjee, besides documents of properties and a company in joint holding.

Chatterjee has been relieved of his ministerial duties by the Mamata Banerjee government, while the Trinamool Congress has also removed him from all posts he held in the party, including that of its secretary general.