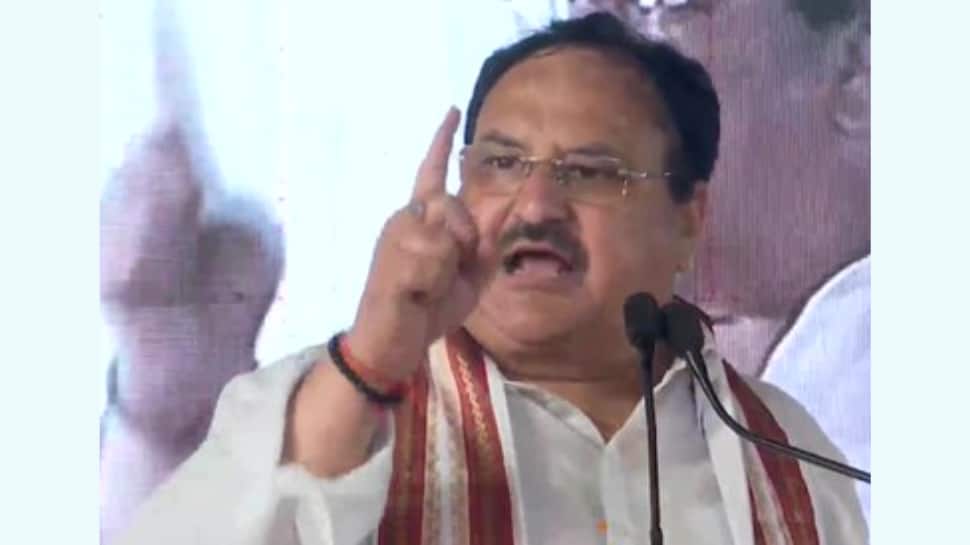 
New Delhi: BJP National President JP Nadda attacked Congress in Chhattisgarh capital Raipur on Friday by calling it a party of brothers and sisters. He also took a dig at the national party for their ‘Bharat Jodo Yatra’ campaign and said that they need to first align their own party.

Congress is a party of brothers & sisters. These days, CM Bhagel is going to ‘Bharat Jodo’ rallies, they need to first align their own party. Our fight is against family politics: BJP National President JP Nadda.

Chhattisgarh | Congress is a party of brothers & sisters. These days, CM Bhagel is going to ‘Bharat Jodo’ rallies, they need to first align their own party. Our fight is against family politics: BJP National President JP Nadda pic.twitter.com/D33ad3JJEN
— ANI (@ANI) September 9, 2022

Nadda also attacked Chhattisgarh Chief Minister Bhupesh Baghel for turning a blind eye to tribal killings in the state by being with Rahul Gandhi in Kerala. He also accused Baghel of being “anti-development” who only wants to fill the treasures of Congress. He also claimed that BJP is against family politics.

PM Modi has changed traditional politics. People like CM Bhupesh Baghel are against development, and only want to fill the treasures of Congress. Our tribal brothers were killed here & CM Baghel was with Rahul Gandhi in Kerala: BJP National President JP Nadda.

Notably, JP Nadda arrived in Raipur on Friday for a four-day visit, during which he will take part in the events of the party’s state unit and Rashtriya Swayamsevak Sangh (RSS).

It is Nadda’s first visit to the Congress-ruled state after assuming charge as the BJP’s national president, which is being described as crucial to boosting the morale of party workers ahead of the next year’s Assembly polls in the state.

Tribal folk artists attired in colourful dresses accorded grand welcome to Nadda at the Swami Vivekananda Airport Raipur with beats of ‘dhol’ and ‘nagada’ (drums) and traditional dance upon his arrival. BJP leaders and workers were present at the airport to welcome Nadda, who arrived here shortly before noon, a BJP functionary here said. State BJP chief Arun Sao, former chief minister Raman Singh, BJP’s state in-charge D Purandeswari, BJP MPs and MLAs were among those who received Nadda at the airport, he said.

A small stage was erected adjacent to the arrival gate of the airport where Nadda was welcomed with a large garland by state BJP leaders. From the airport, Nadda headed for Deendayal Chowk Telibandha escorted by convoy of vehicles of party leaders and a motorcycle rally organised by the Bharatiya Janata Yuva Morcha (BJYM).

At Deendayal Chowk, the BJP chief offered flowers at the statue of Pt Deendayal Upadhyay and following which a mega roadshow was taken out from there. Nadda, accompanied by Arun Sao, Raman Singh and other state leaders were seen on a vehicle that was decked up with flowers.

Arrangements have been made by the party to welcome the roadshow at various places. The roadshow will cover a distance of around six kilometers before concluding at Ekatma Parisar, the party’s Raipur district office.

Nadda will then address a convention of party workers here at Science College ground. Subsequently, he will chair meetings of the state BJP’s core group, MLAs, MPs etc at Kushabhau Thakre Parisar, the state BJP office.