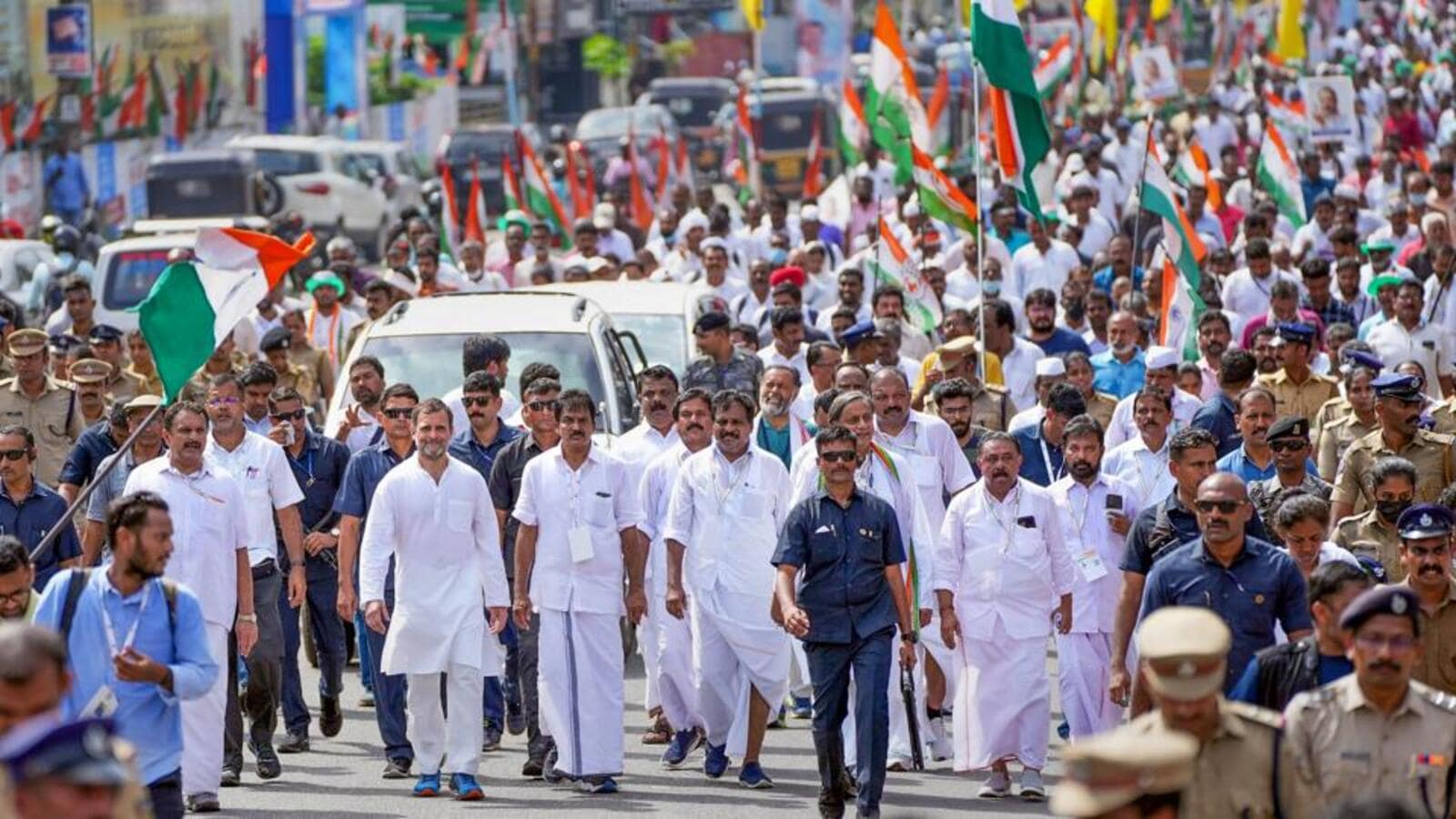 Congress leader Rahul Gandhi skipped the inauguration ceremony of a newly-built memorial to two freedom fighters in Kerala’s Neyattinkkara during his ongoing of Kanyakumari to Kashmir Bharat Jodo Yatra citing security reasons and prompted the Bharatiya Janata Party (BJP) to seek an apology.

“Factory of lies is working overtime. The programme was skipped as per security advice. …he will visit the memorial soon,” said Congress leader Jairam Ramesh. He said the BJP was rattled and that is why it was belittling the yatra.

“This yatra is against inflation, unemployment, and politics of hate…if they want to make issues out of containers, shoes, and shirts, it shows their uneasiness and anger. We have nothing to say about these frivolous charges,” Ramesh said in Thiruvananthapuram.

On his way to Thiruvananthapuram, Gandhi was scheduled to visit a private hospital to inaugurate the memorials to freedom fighters K E Mamman and Gopinathan Nair on Sunday. State Congress chief K Sudhakaran apologised to the relatives of the two and promised Gandhi will launch the memorials later.

BJP state chief K Surendran accused Gandhi of insulting the freedom fighters. “It was on the itinerary and the function was skipped deliberately. Gandhi owes an apology to freedom fighters’ families who were waiting for him.”

Congress leaders said the BJP was desperate and creating an issue out of a non-issue. “The BJP and Sangh Parivar are researching hard to find reasons and their desperation is quite visible, “said Congress leader Shafi Parambhil.