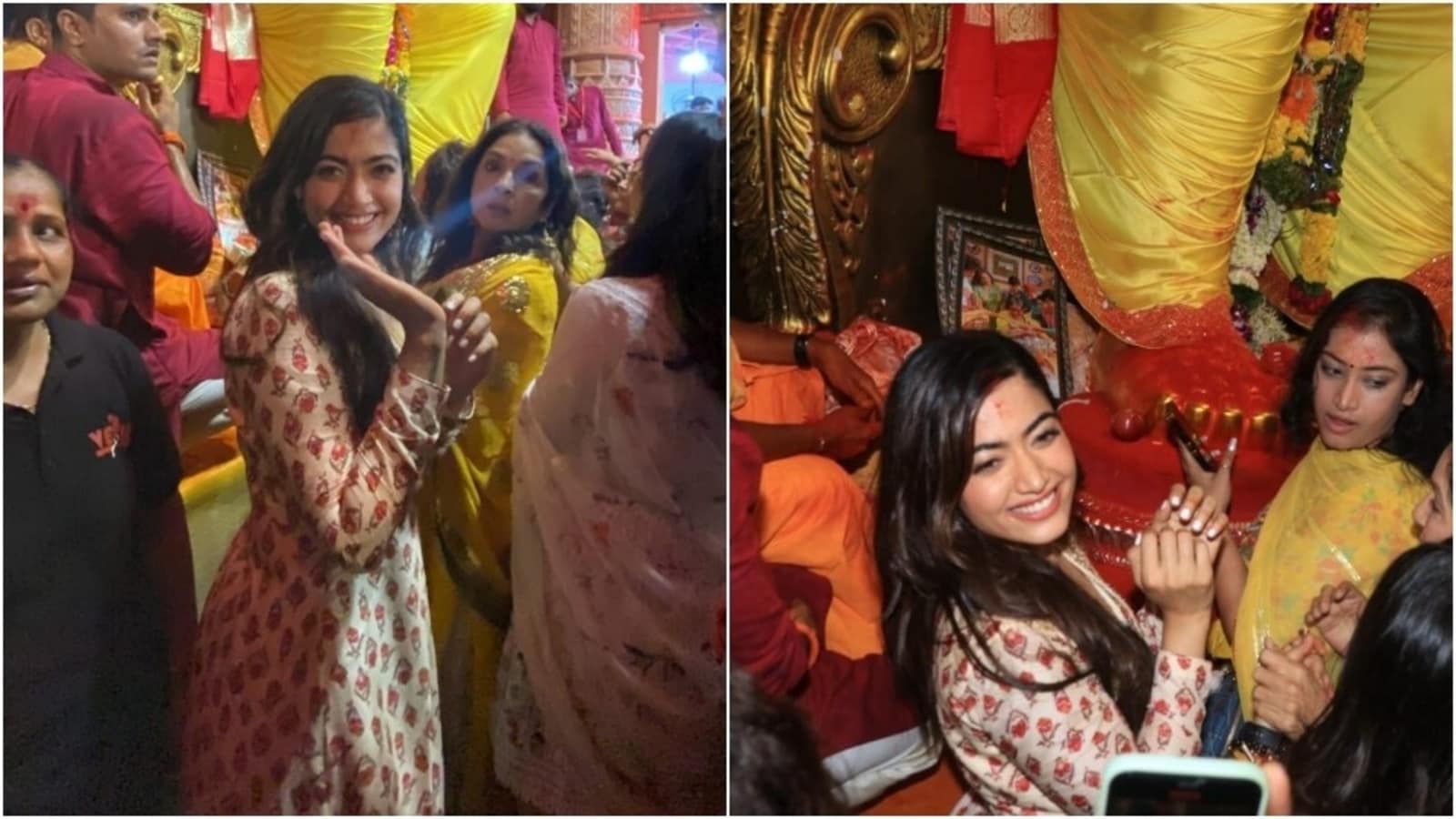 Rashmika Mandanna is currently busy with the promotions of her upcoming film Goodbye. Also starring Amitabh Bachchan and Neena Gupta in pivotal roles, Rashmika is slated to make her Bollywood debut with Goodbye. The actor has been in the headlines recently for all the right reasons. From promoting her film in several places to visiting the famous Lalbaugcha Raja in Mumbai for Ganesh darshan, the actor has been slaying fashion goals for her fans on a daily basis. The actor, a day back, was spotted in Lalbaugcha Raja by the paparazzi where she smiled happily for the cameras in the middle of her darshan.

ALSO READ: Rashmika Mandanna feels the rush during leg day at the gym, it will inspire you

Rashmika stepped out for the darshan in a stunning ethnic ensemble. Rashmika looked every bit stunning in a lehenga. The actor decked up in an ivory white lehenga that came intricately printed in the shade of red. The actor looked stunning in a corset blouse of the same print, which she teamed with a long flowy skirt. She added more drama to her look with an oversized cotton printed shrug around her shoulders, that featured the same print throughout. Rashmika smiled happily for the cameras as she visited Lalbaugcha Raja. Take a look at her pictures here.

Rashmika wore her tresses open in soft wavy curls with a middle part as she looked happy and smiled with all her heart for the paparazzi. In nude eyeshadow, black eyeliner, mascara-laden eyelashes, drawn eyebrows, contoured cheeks and a shade of nude lipstick, she put fashion police on immediate alert.