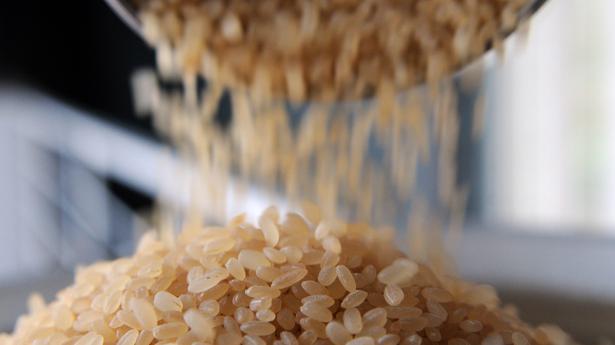 
India’s rice exports could fall by 4-5 million tonnes (MT) this fiscal year due to the ban on broken rice as well as export duty on non-basmati rice, except for parboiled grains, exporters said.

During April-August period of the current financial year, government data, showed that the country had already exported 9.35 MT as against 8.36 MT in the year-earlier period.

“The exports may fall to 16-17 MT in this financial year because of the ban on broken rice and 20% export duty,” All India Rice Exporters Association (AIREA) former president Vijay Setia told PTI.

He said the country was exporting non-basmati rice for $380-400 per tonne, lower than the rate of shipments from other countries.

The price realisation is “expected to improve at par with our competitors” after these decisions, Mr. Setia said.

On Friday, food secretary Sudhanshu Pandey explained the rationale behind the ban on exports of broken rice.

There has been an “absolutely abnormal” rise in shipments of broken rice and broken grains were also not available in sufficient quantity for animal feed as well as ethanol blending programme, Mr. Pandey had said.