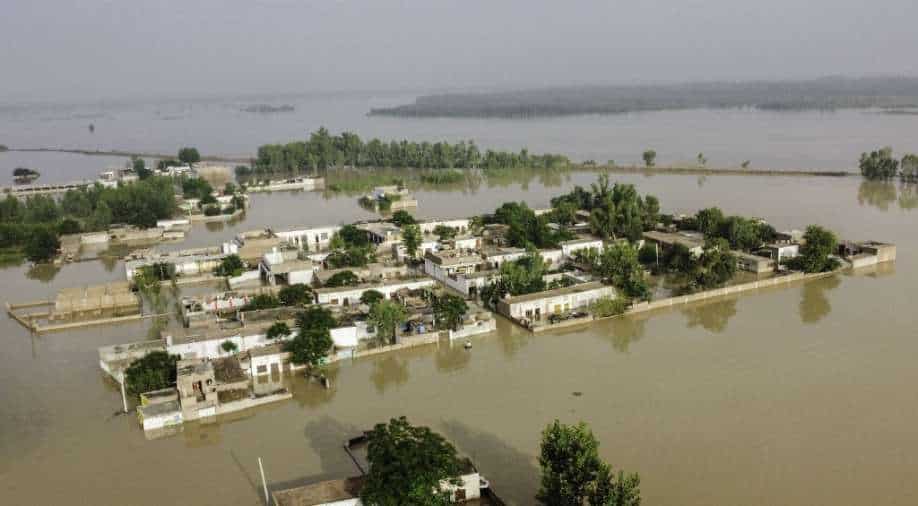 
Pakistan is going through a major crisis. The incessant monsoon rains have submerged a third of the country. Now, the authorities on Sunday, in a pre-planned manner, breached the country’s largest freshwater lake in an attempt to save the densely populated areas even as more than 100,000 will be displaced due to the breach.

The water level in the Manchar lake, located west of the Indus river, had reached alarmingly dangerous levels and if the strategic decision was not taken, it could have flooded the country’s southern Sindh province.

“By inflicting the breach we have tried to save Sehwan town. Water levels in Johi and Mehar towns in Dadu district would be reduced by this breach in the lake,” Jam Khan Shoro, Sindh irrigation minister told Reuters.

However, authorities did not mention how and when the 100,000 inhabitants in the five councils, affected by the breach will be rehabilitated.

The devastating floods have claimed nearly 1,300 lives while more than 736,459 animals have lost their lives as well. Such has been the rainfall that some areas have received almost 400-500 per cent of the normal.

Currently, the rainy conditions have slowed a touch but authorities fear that it may pick up again in mid-September.

From an infrastructural point, Pakistan’s National Disaster Management Authority (NDMA) NDMA said that more than 3,100 kilometres of road have been damaged in the floods while more than 600,000 houses have been destroyed.

According to official estimates, the destruction by the floods has already cost the Pakistani exchequer more than $10 billion.

“There is so much loss and damage with so little reparations to countries that contributed so little to the world’s carbon footprint that obviously the bargain made between the global north and global south is not working,” said Rehman in an interview with The Guardian.