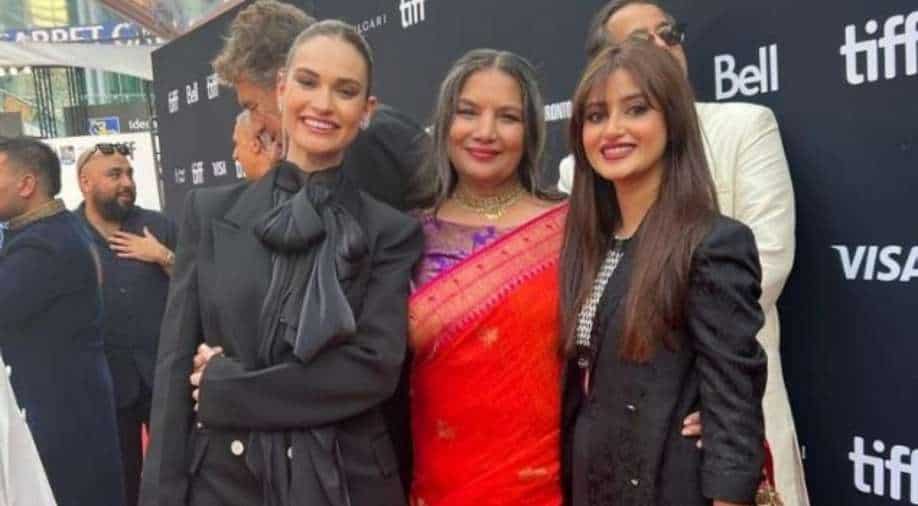 
Veteran Indian film actress Shabana Azmi walked the red carpet at the ongoing Toronto International Film Festival during the premiere of her new film ‘What’s Love got to do with it’. The film has been directed by Shekhar Kapur and has a screenplay written by Jemima Goldsmith who was earlier married to former Pakistan PM, Imran Khan.

The veteran star took to Instagram to share photos from the red carpet event and wrote, “With the lovely Lily James and Sajal Aly at the Toronto Film festival where our film Shekhar Kapur`s what`s love got to do with it received 2 standing ovations !”

The film will hit theatres in the UK on January 27, 2023. The film also features Shazad Latif and Emma Thompson.

Apart from this international project, Shabana Azmi will be seen in R Balki`s ‘Ghoomer’ alongside Abhishek Bachchan, Angad Bedi and Saiyami Kher.

Talking about Sajal Aly, she was last seen in the Pakistani Military drama ‘Sinf-E-Aahan’. She also did an Indian project with Zee5 – ‘Dhoop Ki Deewar’ alongside her ex-husband Ahad Raza Mir.Sajal is best known for her portrayal of Sridevi`s daughter in ‘Mom’.