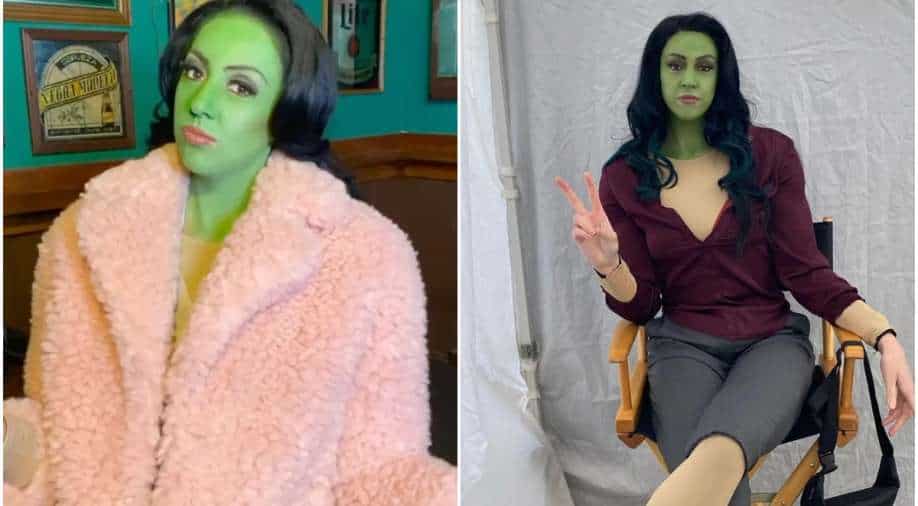 
Marvel Studios’ ‘She-Hulk’ has proven to be another critical success for the Marvel Cinematic Universe shows, though it has been affected by review bombing. The Jessica Gao-created series is successful mainly because it is funny, witty, and structured like a sitcom with every episode being pretty much self-contained. So despite a flurry of references to the rest of the MCU, it feels like its own thing. Jameela Jamil, Ginger Gonzaga, Mark Ruffalo, Josh Segarra, Mark Linn-Baker, Tess Malis Kincaid, Tim Roth, Benedict Wong, Renée Elise Goldsberry, Jon Bass, and Charlie Cox also star. While Tatiana Maslany plays the titular role of Jennifer Walters, who is a fourth-wall-breaking attorney at law and a cousin of Bruce Banner, better known as the Hulk, a different person, model-actor Malia Arrayah, dons the role of her Hulk avatar.

Like Bruce, Jennifer turns into a much stronger and taller version of herself, but her transformation is voluntary and is much more controlled than Bruce’s. She can also control her anger very well.

Malia Arrayah has shared several photos and videos from her work on the show. You can see them embedded above. The six feet five inches tall.

She wrote in the caption of a post with behind-the-scenes photos and videos, “Behind the scenes!! (No spoilers 🙂 Just snaps) (Sorry the video is so terrible my friend had an android phone 🤣😭🤭 haha jk jk and it didn’t send well), this She-Hulk outfit was the tightest to wear because.. (you gotta watch the ep to know why🤪) And I almost always needed help to put her jacket on from the awesome costumers 😇. One of my favorite things in general about being on sets is meeting new people so every episode I was stoked to meet all kinds of cool actors💜💚😊.”

‘She-Hulk’ has also featured cameos from several characters from other corners of the MCU. In the last two episodes, Tim Roth reprised the role of Abomination from 2008’s ‘The Incredible Hulk’. Abomination was the movie’s primary antagonist.

Roth had recently spoken to The Hollywood Reporter about whether he was unsure of returning to the role because of Hulk’s recasting. He said, “No, I never thought that deeply about it. I remember when they changed the actor, and I remember enjoying what Mark [Ruffalo] did. I was a fan of Mark as an actor. He’s just an incredible guy and an incredible actor. I’ve always wanted to work with him, and it just happened to be this, which was kind of fun.”