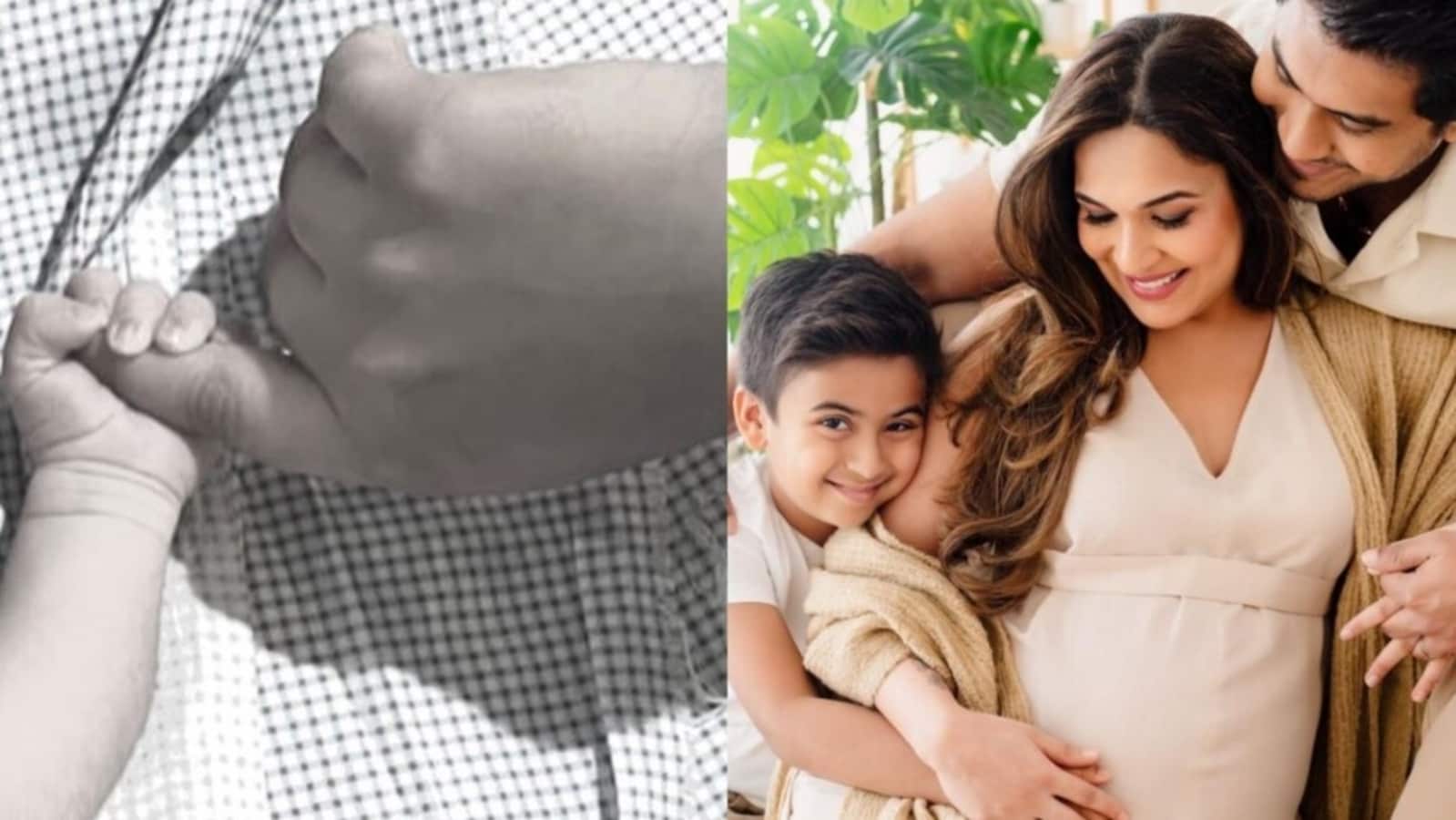 Actor Rajinikanth’s elder daughter Soundarya Rajinikanth has announced the birth of her second child. Taking to Twitter on Sunday, she shared a few pictures from her pregnancy shoot as well as a glimpse of the newborn. Soundarya revealed that the child has been named Veer Rajinikanth Vanangamudi. However, she hasn’t revealed the face of her newborn. (Also Read | Rajinikanth’s daughters Soundarya, Aishwaryaa watch Darbar in matching hoodies)

In the first closeup picture, the baby is seen holding a finger of a person. The second photo features the entire family during Soundarya’s photoshoot. Soundarya posed in a black and white picture from the time she was pregnant. The last photo showed Soundarya with her son Ved. The mother-son duo smiled as they looked at each other.

This is Soundarya’s first child from her second marriage to Vishagan. They got married in 2019 in an intimate ceremony. From her first marriage to businessman Ashwin Ramkumar, Soundarya has a son named Ved.

Soundarya started her career by working as an assistant director and assisting in the graphic designing department on films such as Baba, Majaa, Sandakozhi and Sivaji. She made her directorial debut with her father’s film Kochadaiiyaan, apart from founding Ocher Picture Productions.

Last year, Soundarya announced that she has partnered with video streaming service MX Player to produce an original web series on the Tamil epic, Ponniyin Selvan. Soundarya will produce the series under the banner May 6 Entertainment while her assistant Sooriyaprathap will direct the series.