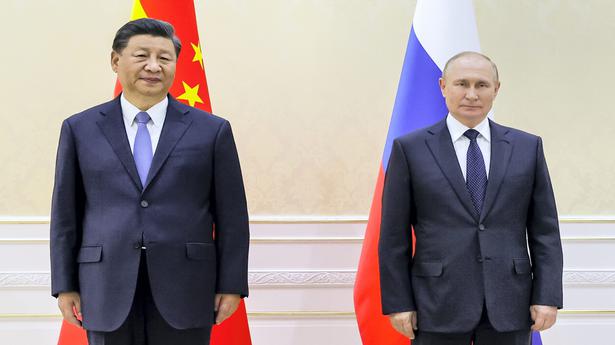 Taiwan said on Friday that ties between Russia and China were a threat to global peace and that the international community must resist the “expansion of authoritarianism”.

Russia’s Vladimir Putin met Chinese counterpart Xi Jinping for their first face-to-face talks since the start of the conflict in Ukraine on Thursday, hailing their strategic ties in defiance of the West.

In the Uzbek city of Samarkand, Xi told Putin he was “willing to make efforts with Russia to assume the role of great powers”.

Putin reiterated Russia’s support for China’s claim over self-ruled Taiwan which Beijing regards as its own territory and has vowed to one day seize.

The relationship between the two authoritarian leaders has rattled Taipei which fears Xi might one day follow Russia’s lead and invade a neighbour it has long threatened to subdue.

“(Russia) calls those who maintain peace and the status quo provocative, which highly demonstrates the harm caused by the alliance of Chinese and Russian authoritarian regimes on international peace, stability, democracy and freedom,” the statement added.

Formerly Cold War allies with a tempestuous relationship, China and Russia have drawn closer in recent years as part of what they call a “no-limits” relationship acting as a counterweight to the global dominance of the United States.

For Putin, the Shanghai Cooperation Organisation summit in Samarkand comes at an important time, as his forces face major battlefield setbacks in Ukraine and a continued Western push to make Russia an international pariah.

For Xi, it is an opportunity to shore up his credentials as a global statesman ahead of a pivotal congress of the ruling Communist Party in October where he is expected to secure a precedent busting third term.

Beijing’s sabre-rattling towards Taiwan has intensified under Xi, China’s most assertive leader in a generation.

Tensions in the Taiwan Strait soared to their highest level in decades when China staged an unprecedented show of force in a furious response to US House Speaker Nancy Pelosi’s visit to Taipei last month.

For a week after her visit, China sent warships, missiles and fighter jets into the waters and skies around Taiwan, which condemned the drills and missile tests as preparation for an invasion.

Xi has tied the “unification” of Taiwan to his signature “great rejuvenation” of China policy.