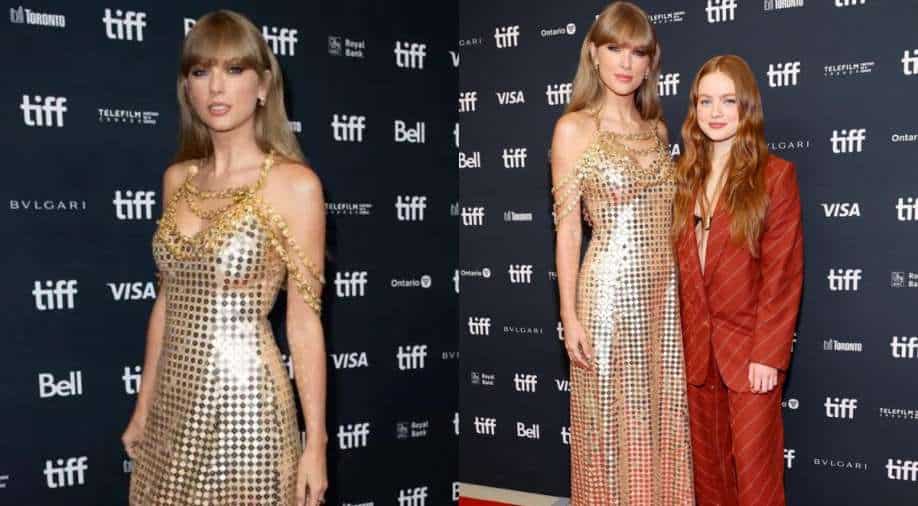 
Taylor Swift was all about gilded glamour as she reached Toronto Film Festival on Friday. Donning a gold sequin dress, the diva posed for the paps on the red carpet. The singer reached the event for the presentation of her ‘All Too Well’ short film.

Coming to her gold gown, the dress featured rows of large sequins all over it. Near the shoulder area, some gold chains were added to accentuate the outfit’s look. The chains appeared to be made from coins.

As per reports, the dress was made by Louis Vuitton. However, representatives for LVMH are yet to comment on the same.

To accessorise, Swift opted for simple jewellery. She wore a few rings and delicate gold earrings for the event.

For her makeup, she opted for a nude lip and a smokey, metallic eye look. For her nails, she went for vibrant, gold nail paint.

According to reports, the musician participated in a panel with Toronto Film Festival CEO Cameron Bailey post screening. She also shared that she’s interested in directing a full-length film in the future.

Viral photos from the event show Swift reuniting with actress Sadie Sink on the red carpet. She was seen donning a burnt-orange suit and chunky loafers.