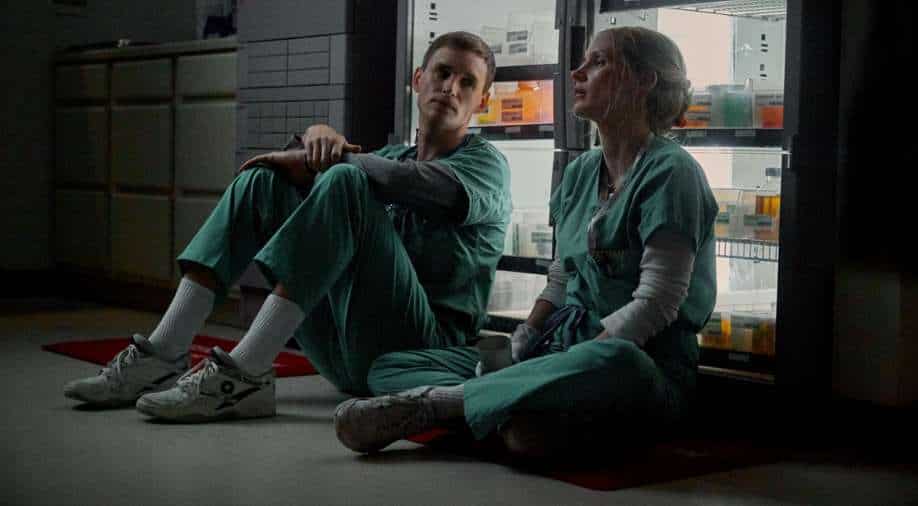 
A trailer for Tobias Lindholm’s crime thriller ‘The Good Nurse’ is here. Starring Jessica Chastain and Eddie Redmayne, the film is based on a non-fiction book ‘The Good Nurse: A True Story of Medicine, Madness, and Murder’. The book is about the serial killer Charles Cullen, who confessed to murdering 40 patients while working as a nurse. The authorities however reckoned that he might have been responsible for as many as 400 deaths. Chastain plays the role of Amy Loughren, a kind nurse and a single mother who is unable to cope with exhausting night shifts. She gets help in the form of Redmayne’s Cullen.

The trailer, which you can watch above, begins with Amy waiting for Cullen at a diner. This is after she is made aware of the fact that the man who worked with her and helped her is actually a cold-blooded killer, but we are not told that at the end of the trailer. She looks understandably nervous but plasters a smile for Cullen. As they begin talking, Amy says the work has been awful without Cullen to assist her,  to which Cullen responds that he does not like to talk about work.

We see visuals of Amy developing a friendship with Cullen, who poses as a sympathetic soul. Amy becomes such close friends with Cullen that she refuses to look what is right before her. Patients, who were fine moments ago, begin dying suddenly. Later, when Cullen has left the job, she is approached by a detective.

Redmayne with his harmless-appearing but extremely interesting face (in a dramatic way) looks perfect in the role. He eerily embodies Cullen, who looked like your typical, average nurse but hidden with him was pure evil. Redmayne has earlier essays the roles of many sensitive men, but this might be the most challenging character he has played yet. And judging purely by the trailer, he is doing great.

‘The Good Nurse’ releases on October 26.