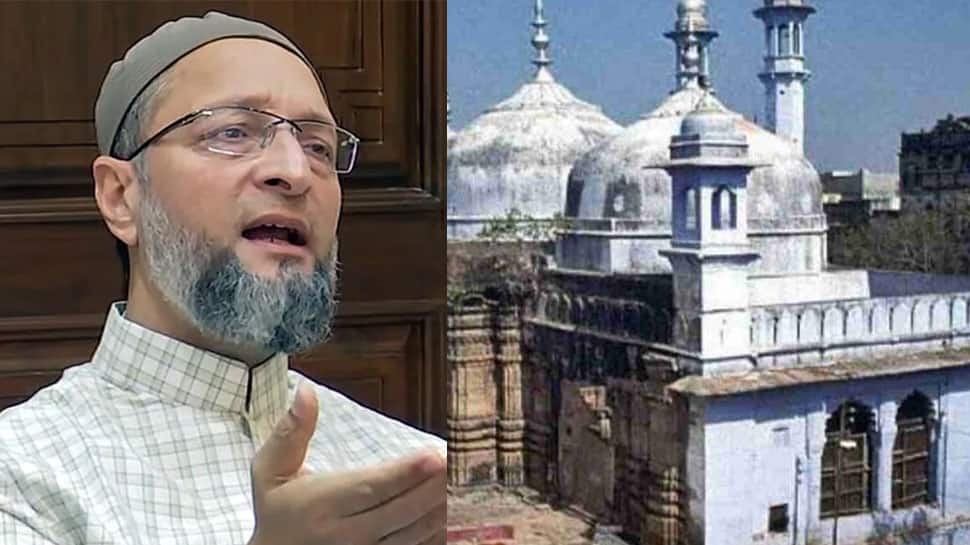 
VARANASI: AIMIM chief Asaduddin Owaisi has warned that the Varanasi district court’s order in the Gyanvapi masjid case will have a destabilising effect and create problems in the country. The AIMI Hyderabad MP also compared the Varanasi court’s order with the previous Supreme Court judgement in the Babri Masjid case.

“A destabilising effect will start after this. We’re going on the same path as that of the Babri masjid issue. When judgement on Babri Masjid was given, I warned everyone that this will create problems in the country as this judgement was given on the basis of faith,” the AIMIM chief said.

A destabilising effect will start after this. We’re going on the same path as that of the Babri masjid issue. When judgement on Babri Masjid was given, I warned everyone that this will create problems in the country as this judgement was given on the basis of faith: AIMIM chief https://t.co/aeZ7l6FUCI pic.twitter.com/niASIW8Qz6
— ANI (@ANI) September 12, 2022

Asaduddin Owaisi also hoped that the Anjuman Intezamia Masjid Committee will appeal against this order. “I believe that after this order, the purpose of the Places of Worship Act 1991 will fail,” the AIMIM MP said.

His reactions came shortly after the Varanasi district court rejected the plea questioning the maintainability of a petition seeking permission for daily worship of Hindu deities whose idols are located on an outer wall of the Gyanvapi mosque.

District Judge A K Vishvesh ordered that it would continue to hear the petition seeking the right to worship deities on the outer wall of the mosque complex located close to the Kashi Vishwanath temple. The court fixed September 22 as the next date of hearing in the case. Merajuddin Siddiqui, the advocate representing the Muslim side, said that they will move the Allahabad High Court against the judgement.

The district judge delivered a 26-page order in 10 minutes in the presence of restricted 32 persons inside the courtroom, including lawyers of the two sides and plaintiffs, said an advocate who was present in the courtroom.

In the order, the judge said, “In view of the discussions and analysis, I have come to the conclusion that the suit of the plaintiffs is not barred by the Places of Worship (Special Provision) Act, 1991, The Waqf Act, 1995 and UP Sri Kashi Vishwanath Temple Act, 1983, and the application 35C filed by the defendant no. 4 (Anjuman Intezamia) is liable to be dismissed.”

Five women had filed the petition seeking permission for daily worship of Hindu deities whose idols are claimed to be located on an outer wall of the Gyanvapi mosque. The Anjuman Intezamia Masjid Committee has said the Gyanvapi mosque is a Waqf property and questioned the maintainability of the plea.

The district judge had on August 24 reserved the order till September 12 in the communally sensitive matter. Vishnu Jain, an advocate representing the Hindu side, told reporters that the court rejected the application of the Muslim side.

“Their (Muslim side) plea regarding the Place of Worship Act was rejected by the court. The court said that the suit is maintainable, and the next hearing in the matter is on September 22,” he said. As the news about the court order was spread, some people who had gathered outside the court here rejoiced the moment by distributing sweets.

On May 20, the Supreme Court transferred the civil suit filed by Hindu devotees on Gyanvapi mosque from civil judge (senior division) to district judge, Varanasi, saying looking at the complexities and sensitivity of the issue, it is better if a senior judicial officer having an experience of over 25-30 years handles this case.

In an important observation, the top court also said that the process to ascertain the religious character of a place of worship is not barred under the Places of Worship Act of 1991. A bench of Justices D Y Chandrachud, Surya Kant, and P S Narasimha said it will be better if a district judge handles the case and made it clear that it is not casting any aspersion on the civil judge (senior division) who was earlier dealing with the suit.

The district administration had issued prohibitory order under Section 144 of CrPC in Varanasi on Sunday in view of the court order on a sensitive issue.