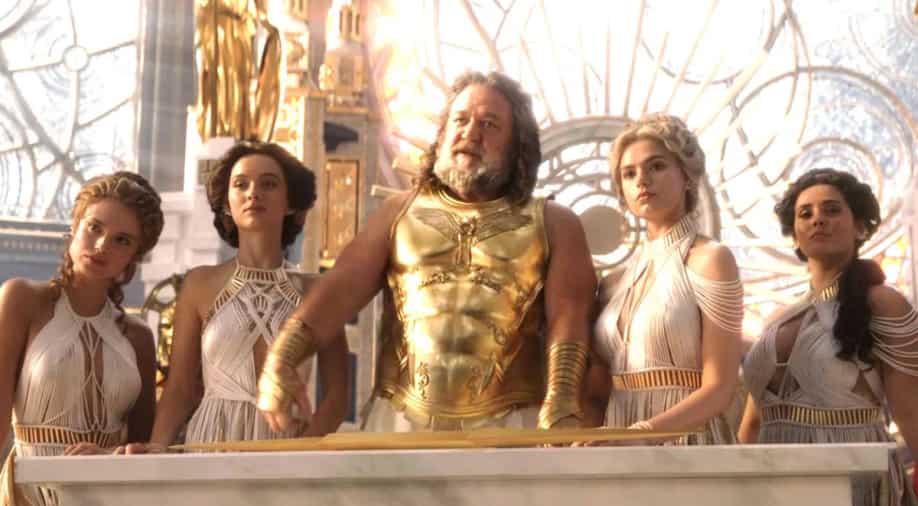 
‘Thor: Love And Thunder’ has proven to be divisive among critics and audiences. While it was still a box office with $755.5 million in box office receipts, particularly amid the Covid-19 pandemic, the sum was nowhere near what MCU movies usually earn. Helmed by returning director Taika Waititi, the movie was the third installment in the ‘Thor’ franchise and brought back Chris Hemsworth in the role of God of Thunder. Also playing Thor was Natalie Portman, whose character Jane Foster wielded Mjolnir and assumed the identity of Mighty Thor. Christian Bale played the role of Gorr the God Butcher, who has reasons to hate gods as they wronged him and his people.

The story revolved around Gorr coming across Thor and adding him to the list of gods he killed. At one point during the plot, Thor and his allies find themselves in the Omnipotence City, where they come across several gods from different pantheons, including Zeus, Dionysus, Minerva, and so on. Apparently, even Jesus was going to be in the film in the Omnipotence sequence.

While speaking to BBC’s Ali Plumb, Waititi revealed that Jesus was considered to put in the movie. However, he did not reveal why the idea was dropped. The portrayal of Jesus would likely have been irreverent and that would have created an unwanted controversy that Marvel Studios and its overlord Disney did not want.

“There was supposed to be a cutaway to you-know-who. Ole Big J,” Waititi said.

Wion gave the film a negative review. It read, “the film cannot recreate the magic that we saw playing out in the preceding film. The trouble, I feel, is that the film is missing that immaculate cocktail of intelligent, humour-laced writing and carefully crafted set pieces that made ‘Ragnarok’ one of the best MCU entries. Despite Waititi being given more control this time (I assume), this feels crafted in the traditionally Marvel mould — designed as per the good old formula that Kevin Feige et al has perfected over the last one and a half-decade. In other words, the film watches like your typical MCU movie.”