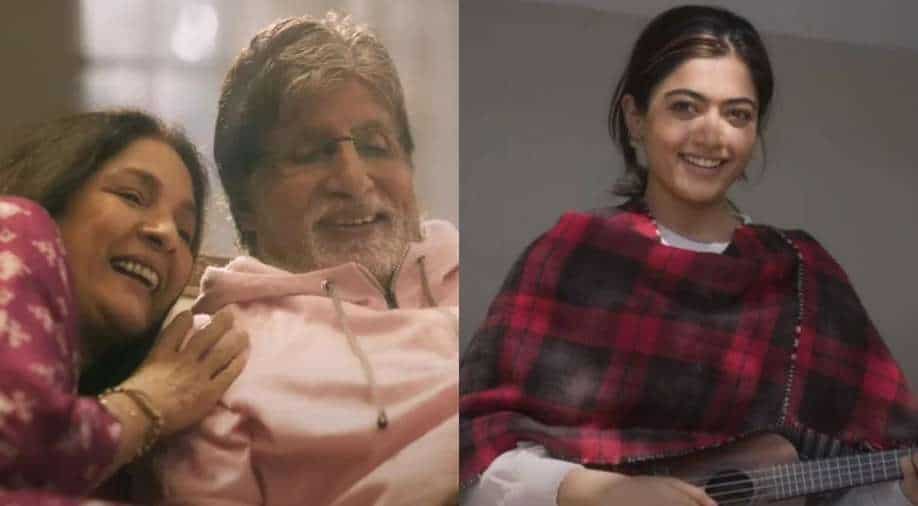 
Makers of the upcoming family entertainer film ‘GoodBye’ unveiled the official trailer on Tuesday. Taking to Instagram, Rashmika Mandanna dropped the trailer of the film, which she captioned, “A part of our #Goodbye baby is now yours… This one is special for so many reasons but for now, I hope you and your family like this.”

The story of ‘GoodBye’ revolves around self-discovery, the importance of family and the celebration of life in every circumstance beautifully depicted by the Bhalla family. It is a heartwarming story of every Indian family ever that takes the gloomiest period to make sunshine and promises to be closer though a loved one has gone far away.

The film portrays the mayhem of every family dealing with the ups and downs that life throws but it also gently reminds the significance of being there for each other, through it all.

Produced by Ekta Kapoor, the film is all set to hit the theatres on October 7, 2022.

Meanwhile, Rashmika will also be seen in ‘Mission Majnu’ alongside Sidharth Malhotra and in director Sandeep Reddy Vanga’s next ‘Animal’ opposite Ranbir Kapoor.

Amitabh, on the other hand, will be next seen in director Sooraj Barjatya’s next family entertainer film ‘Uunchai’ along with Anupam Kher, Parineeti Chopra and Boman Irani, which is all set to hit the theatres on November 11, 2022.