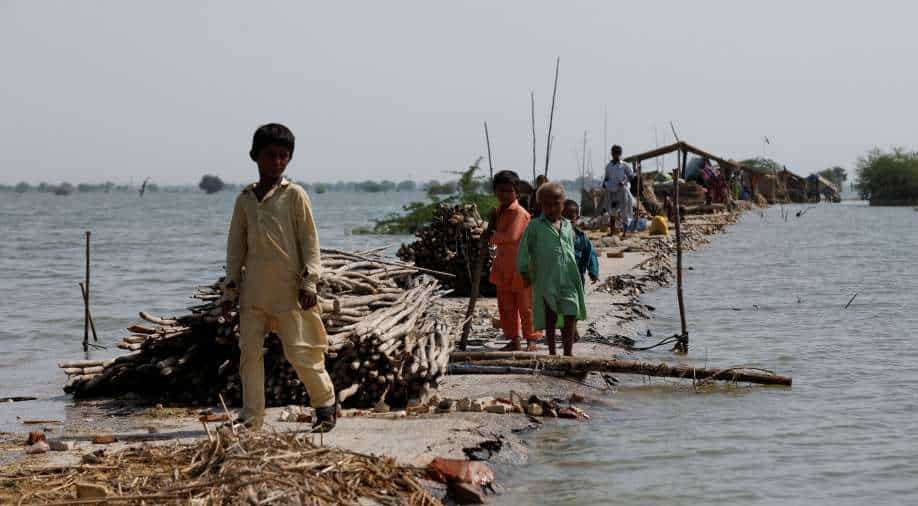 
The Pakistan flood situation refuses to abate as people are now building barriers in some parts of the country to hold back rising waters. Nearly a third of the country has been flooded after weeks of rain, while officials said 12 more people have died, taking the toll to 1,355. Besides, hundreds of thousands have been forced from their homes in the unprecedented disaster.

The havoc is being blamed on climate change and is estimated to have caused losses of about $10 billion, disrupting the lives of nearly 33 million of a population of 220 million. People are strengthening an existing dyke to keep floodwaters out in the town of Bhan Syedabad in the southern province of Sindh, one of the worst-hit regions.

Pakistan’s largest freshwater lake of Manchar is dangerously close to bursting its banks. Authorities have places breaches to stave off further floods, but the water levels continue to remain high.

The floods were brought by record monsoon rains and glacier melt in northern mountains. In July and August, Pakistan got 391 mm (15.4 inches) of rain, or nearly 190% more than the 30-year average, while Sindh got 466% more than the average, Reuters reported.

The World Health Organization has said more than 6.4 million people need humanitarian support in the flooded areas. The United Nations has called for $160 million in aid.

Meanwhile, Mohenjo-daro, a World Heritage site, has been significantly damaged due to the extreme rains.