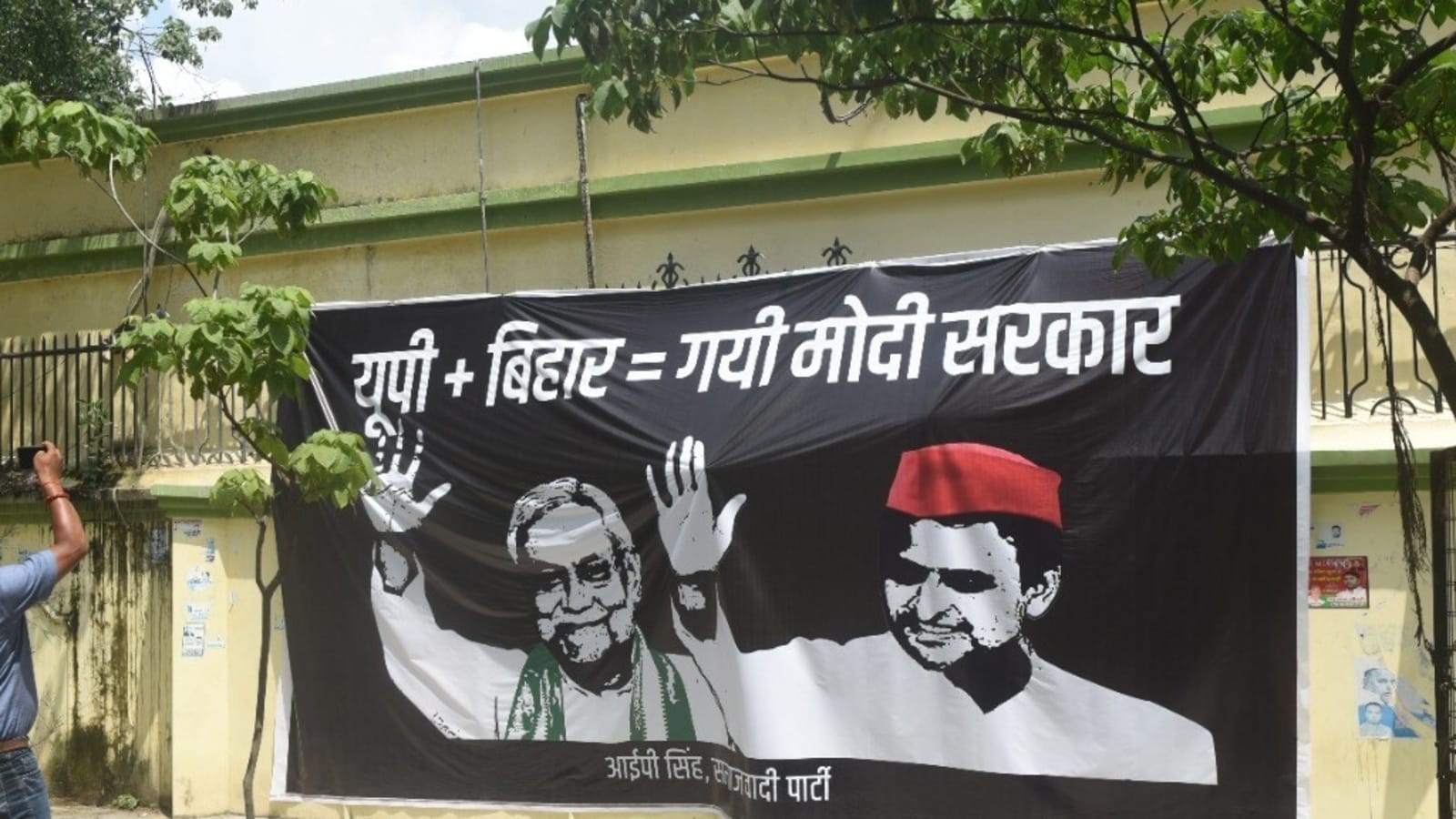 
In a demonstration of the opposition unity with several political parties strengthening connection amid preparations for the 2024 Lok Sabha elections, a poster emerged in Lucknow at the Samajwadi Party office that had Nitish Kumar with Akhilesh Yadav by his side. “UP + Bihar = Gayi Modi Sarkar,” read the slogan on the poster, which was put up days after Nitish Kumar met Samajwadi Party patriarch Mulayam Singh Yadav, former UP CM and Akhilesh Yadav’s father.

The poster was seen at the Samajwadi Party headquarters in the Uttar Pradesh capital. The show of strength comes ahead of the next national polls, which is now less than two years away. The slogan suggested that with the SP and Nitish Kumar coming together, the presence of the BJP would decline.

Samajwadi Party leader IP Singh is said to be the man behind the banner. “If these states decide (to go for a change), then nothing will be left (for others). If we see the political map, the BJP would be nowhere,” he told news agency PTI. Uttar Pradesh alone sends over 80 MPs to Lok Sabha while Bihar sends 40 lawmakers.

Last month, Nitish Kumar had snapped ties with the BJP in Bihar after a long spell of differences. His unexpected departure from the ruling alliance and return to the Mahagathbandhan fold was a shot in the arm of the opposition.

Ever since he took oath as the chief minister of Bihar for the eighth term, he has been facing questions if he would be considering running in the race for the prime minister’s post in the 2024 polls. But he has repeatedly answered that question with an assertive “no”. “This is wrong. I am not a claimant for the post, nor am I desirous of it,” he yet again repeated earlier this week as he visited Delhi and met several leaders, including Arvind Kejriwal and Rahul Gandhi.

“Our entire focus is to unite all Left parties, the regional parties, Congress. This will be a big deal if all of us come together,” he had also told reporters, while insisting “we want to be the main front, not the third front”.

(With inputs from PTI)