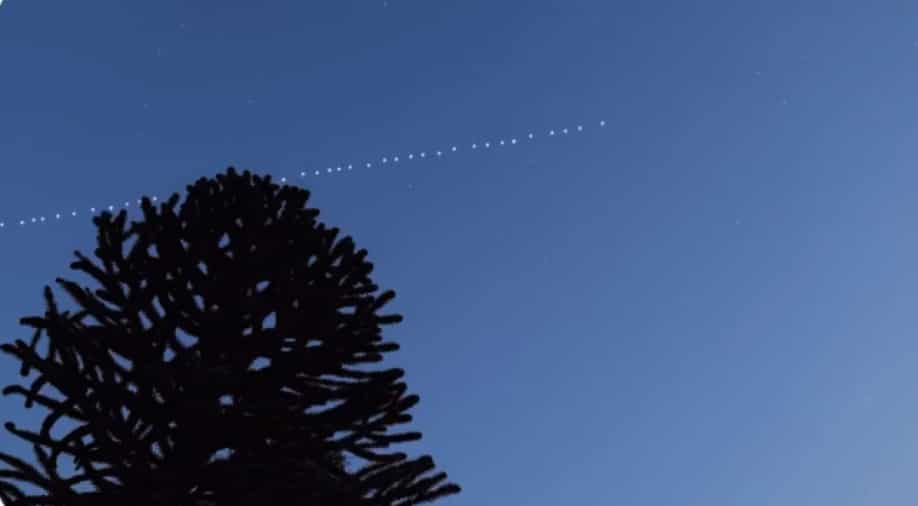 
The sky over the Indian state of Uttar Pradesh, especially in Lucknow on Monday (September 12) evening, was bathed in a rare glimmer, or what locals call “amazing lighting.” The electromagnetic light seems to be travelling in a straight line.

Locals recorded the flashing lights with their phones and videos on social media sites. The pictures and video went viral within a few moments.

The video attracted the attention of online users, some of whom even referred to the lights in Lucknow’s sky as “strange.”

After August 13 2002, where mysterious attacks went for 3-4 months, by insectiod electric robots like creatures blinking lights in night at state of #UttarPradesh They’re back straight at capital Lucknow on September 12, after two decades I guess! #ET Most of us have camera now. pic.twitter.com/WdFd7nBQfr

A local on social media stated, “Today at 7:15 pm around I saw one mysterious object full of light, like train, is traveling in sky and light coming out from bogies windows,” India TV reported.

Another instance was a picture taken by a pilot that had all netizens excited. He was in awe at what he observed as those plans flew over the Atlantic Ocean. There were crimson, shimmering dots in the sky in front of him.

The pilot claimed that he hadn’t seen anything like this, nor did the Twitterverse.

Later, official defence sources confirmed the light to be a satellite and earlier media reports said that it was one of Elon Musk’s “Starlink” satellites, news agency ANI reported.

Notably, similar mysterious lights that baffled people were photographed in Punjab’s Pathankot in December 2021. Before this, in June 2021, unusual lights flickering in the night sky had been seen in Gujarat and surrounding areas, sparking rumours about UFOs.