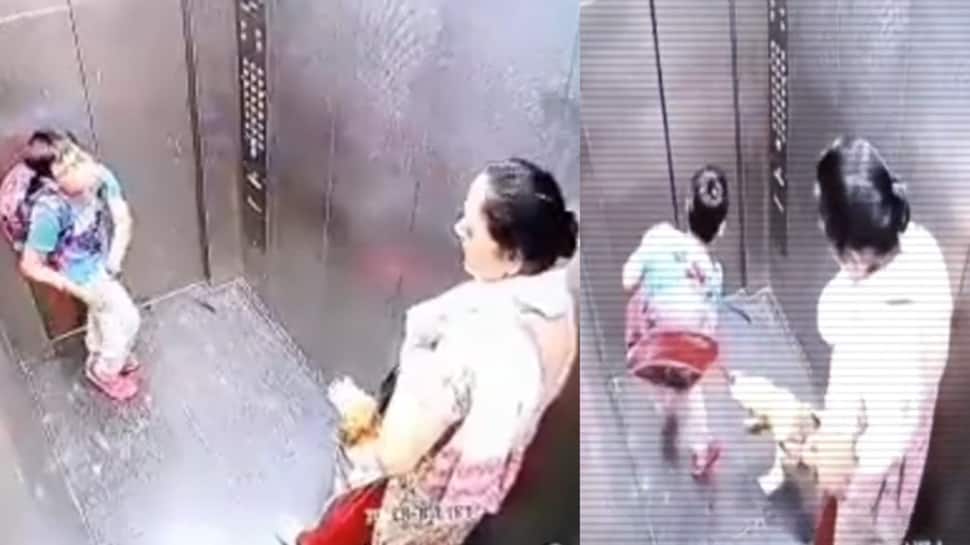 
Ghaziabad: A boy was bitten by a dog inside a housing society elevator even as the animal`s owner appeared to be a mute spectator, following which the Ghaziabad police have registered a case, an official said. The incident, a video of which has gone viral, happened in Rajnagar Extension`s Charms Castle when the boy, with a schoolbag on his shoulder, was bitten by the dog inside the lift of the high-rise residential building.  The boy`s parents approached Nandigram Police Station where a complaint under IPC section 289 (negligent conduct with respect to animals) of IPC was registered.

The incident was caught on a CCTV camera installed inside the elevator of the residential complex.

The video shows the boy being attacked by the dog with its leash in the woman`s hand.

When she walked out of the lift, the dog again leaped upon the child but was pulled away by the woman.

“In the viral video from Charms Castle in Rajnagar Extension, a boy was attacked by a dog and the woman stood in her place holding the leash. A complaint has been lodged by the boy`s father and the investigation is still underway,” said Alok Dubey, Circle Officer.