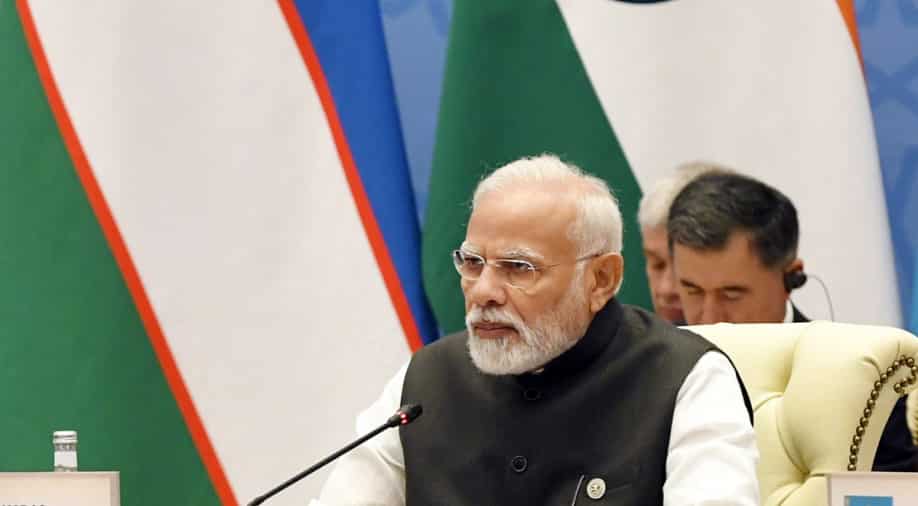 
Wishes kept pouring in for Prime Minister Narendra Modi`s 72nd birthday on Saturday amidst a packed schedule for the day. In her message on Twitter in Hindi, President Droupadi Murmu wished that the “nation-building campaign” being carried out by the Prime Minister with “incomparable hard work, dedication and creativity, continues to progress” under his leadership

Union Home Minister Amit Shah called him the creator of a “safe, strong and self-reliant New India” and a symbol of service and dedication.

In a series of tweets in Hindi, he said with the parallel coordination of welfare of poor, good governance, development, national security and historical reforms, the Prime Minister has fulfilled his resolve to establish “Maa Bharti” again at the top of the world.

Shah said all this has been possible only because of a decisive leadership and the firm faith of the people.

“The life of the creator of a safe, strong and self-reliant New India Narendra Modi is a symbol of service and dedication. For the first time after independence, by giving their rights to crores of poor, Modi has instilled a sense of hope and faith in them. Today, every section of the country is standing with Modi like a rock,” the Union Minister said.

In his tweet, Shah hailed the Prime Minister as the flag-bearer of Indian culture and “someone who has connected the country to its roots and led it forward in every field”.

He said that under Modi`s farsighted leadership, India has emerged as a world power and the Prime Minister has distinguished himself as a global leader.

“Hearty congratulations and best wishes to the illustrious Prime Minister of India on his birthday. He has given unprecedented strength to progress and good governance in the country under his leadership and has given new heights to India`s prestige and self-respect all over the world,” he said.

Meanwhile, BJP national president JP Nadda called Modi the “world`s most popular leader”, adding that the Prime Minister`s leadership has “given a new direction to the destiny and future of India”.

To mark the Prime Minister`s birthday, the BJP has planned several events.

Nadda will inaugurate an exhibition on Modi`s life and leadership at the party headquarters in New Delhi.

But the most notable project planned for the day will take place in Madhya Pradesh`s Kuno National Park where Modi will release eight African cheetahs from Namibia, into the wild.

Besides this, the Prime Minister is also scheduled to launch the National Logistic Policy at the Vigyan Bhawan later in the day.